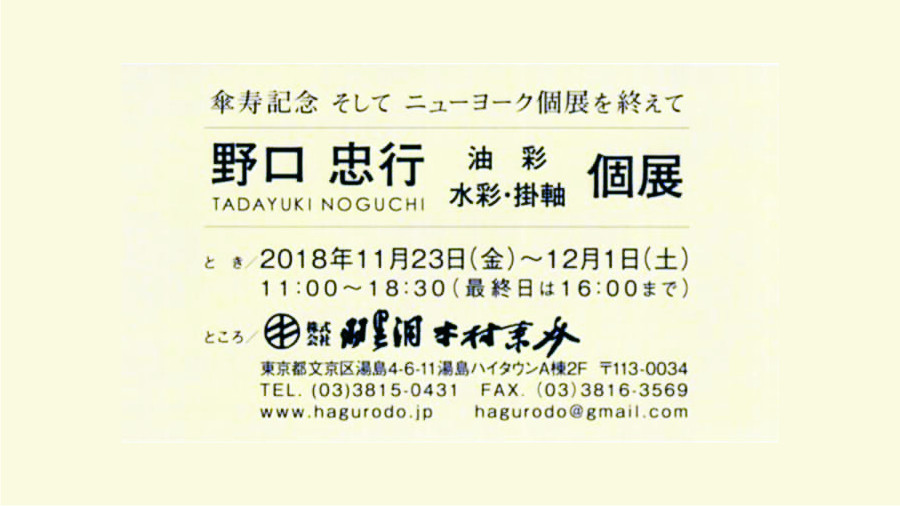 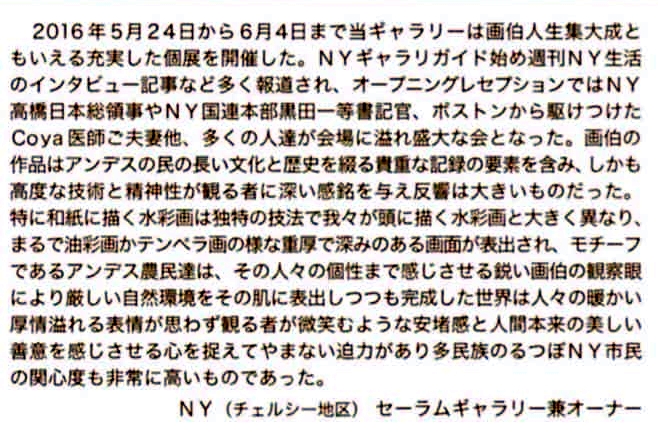 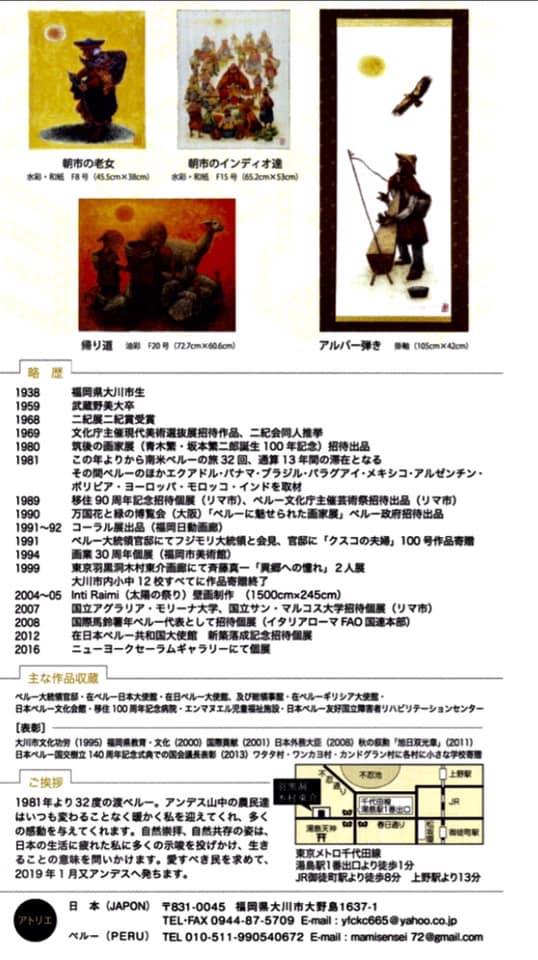 Tadayuki Noguchi is a Japanese artist whose art fuses East and South rather than East and West. His series of works, “Song of Indio”, take on traditional Japanese art in the format of watercolors on paper mounted on rectangular hanging scrolls, while his themes are exclusively the life of the Peruvian people. The artist’s sincere love of Peruvian culture, and his tenderness in depicting it, marries seamlessly with his own Japanese artistic roots. At the top of each scroll is a relatively small outdoor motif such as a mountain, a village or just the sun. Below this, he arrays an aspect of Peruvian life, such as an outdoor market, people interacting with llamas, a ceremony and the like. The background is always blank white, and the depictions stand out boldly in front of it. Scale is often mixed so that a major figure is far larger than lesser figures in a scene, or a town is far smaller than the people, and in this way there is a folk quality to the art, despite the sophistication of the presentation and technique. The works can be as large at five feet, but the scenes are intimate, and the artist never crowds his compositions, leaving plenty of air around the depictions of Peruvian life. Noguchi has been traveling often to Peru from Japan for two decades, and he has focused on traditional life there, without many of modern conveniences, and he shines a warm, humanistic light on it.
(fuente: Caelum Gallery – Nueva York) 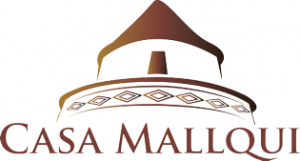